The Hyatt Regency Hotel hosted the 2017 Anime Festival of Wichita on June 23-25. Here are a few of the conventions attendees. 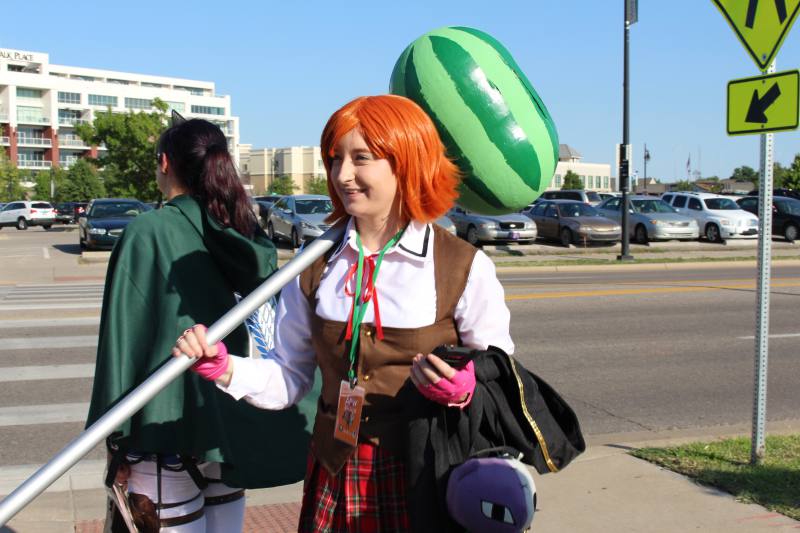 Her costume took her nine hours and three evenings to make. Most of her costumes take longer than that, but this specific costume (as shown in the photo) was one of her most simple ones. She has multiple versions of the same character, therefore reusing the same wig and prop.

Costumes based off of the webcomic Starfighter.