Fried chicken causes much controversy, but for what? 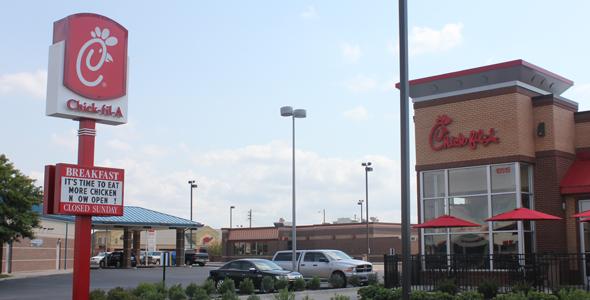 First off, I’d like to give thanks to the framers of the U.S. Constitution and their creation of our First Amendment right: the right to free speech. It is perhaps the cornerstone of American ideology, and the very backbone of every major social change or event that has ever occurred in this country. Secondly, I’d like to thank them for the socioeconomic system currently employed by the U.S known as capitalism, or “free enterprise,” if you will. With this being said, I’m sure that this is about the only thing that Dan Cathy, president of Chic-Fil-A, and I can agree on; the constitutional rights to both free speech and free enterprise.

I’m not going to re-cap anyone on the happenings of this summer’s Chic-Fil-Gay debate, because I’m sure all of you have heard about it at least once, and have had the chance to form your own opinions. Mind you, you are fully entitled to expressing those opinions, whether that be at the corner of 21st and Rock, or at home in your bed on the computer. Personally, I fully support the LGBT and their philosophy, and was raised in a family where being gay was welcomed wholeheartedly, so it’s no surprise where I stand on the issue, but that’s not what I’m trying to say here. Although I don’t agree with Dan Cathy or his views, I do respect that he has the right to free speech, and the right to run his corporation however he pleases.

Taking a few steps back, we must acknowledge the fact that Dan Cathy never outright said that he ‘hates gays,’ or ‘death to the homosexuals,’ or even ‘I have never engaged in an extra-marital affair,’ but what he did say was that he was in support of the Biblical definition of marriage–emphatically–that he is against same sex marriage. Allegations had been made that Cathy was more straightforward in the expression of his opposition, but thanks to the Internet, no one can seem to confirm what he actually said other than the initial quote that ran in a story from Baptist Press about his views on Biblical marriage and the general ignorance of our generation. Also thanks to the Internet, this one quote spawned a plethora of hate-filled tweets from seething LGBT supporters, and more traffic on Chic-Fil-A Facebook page than if Jesus himself had just created a profile.

Due to the somewhat contentious nature of this whole marriage thing, you can very easily be put in a hot-seat for what you have to say. Just ask Chic-Fil-A’s vice president of public relations, Don Perry, who ‘suddenly’ died in late July, just after the chicken controversy started. Officially, he died of a heart attack, which is most likely attributed to eating too much fried chicken and not because a splinter cell group of terrorist liberals stormed his Atlanta home wearing Anderson Cooper masks ambused him and asphyxiated him with waffle fries. Conversely, many supporters of both sides spoke out for their beliefs in a number of ways without fatal consequences. Former Arkansas governor Mike Huckabee declared August 1st “National Chic-Fil-A” in an effort to show his appreciation for Dan Cathy’s business model, while LGBT supporters dubbed August 3rd “Same Sex Kiss Day” in response to the growing opposition to the gay community. Once again, thank the Constitution for allowing us to protest because it’s great to see Americans get out and stand up for what they believe it, but in reality, I think it’s all a bit ridiculous that we’re getting so worked up about fried chicken.

Words by Will Erickson | Copy Editor