The other side of drunk driving 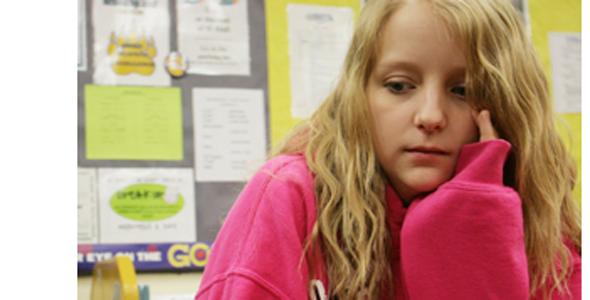 It was a Saturday night. Senior Megan Jamis and her friend, former Grizzly Brittany Vines, were on their way to Quick Trip on 13th and Maize. She put her turn signal on and slowed down so she could turn into the gas station, but before she could even do so, a car hit her from behind.

Her first reaction was immediate crying and make sure her friend was alright.

“I was thinking about Brittany and keeping me and her alive,” Jamis said.

The man responsible for the accident was reportedly in his early 20’s and under the influence of alcohol.

“He drove me 400ft from where we started, and he hit me three different times,” Jamis said.

She was just a block away from her house so her parents went to help her.

“My dad took care of the truck and the towing,” Jamis said.

Because Jamis is under the age of 18, she was forced to ride in the ambulance, although not seriously injured. According to Jamis, Vines, 19, rode in a different ambulance at a later time.

The man responsible for the accident has been charged with a DUI, as well as paying for the girls’ hospital bills and car damages.

After going through all the medical procedures, Jamis was released from the hospital around 5:30 A.M.